What happened when we killed stand ups and everything else...

To understand the context of this post, you need some background on the team and the people in the team.

The team consists of 10 multi-skilled people who are able to handle all aspects of software development - from requirements gathering, development, testing to delivery and support. They do this in a collaborative development environment; it is common for team members to sit in small groups working on the same thing.

The team currently does not practice Scrum or Kanban, although they have in the past, and have learnt several principles from those experiences which they are still applying.

The team has a high level of autonomy with a very flat management structure. While people vary in experience, there is no concept of a ‘senior’ or ‘junior’ role - everybody’s opinion counts and anyone can put forward a process improvement idea. Big team process decisions are typically done in the team retrospective.

The best way to describe the team is as a continuously adapting development and operations team.

I have changed the names of the individuals in this post, but the events are real…;-)

This month we did something I would never have thought of doing on my own - we killed all planned meetings including daily stand ups, code reviews, brown bags, etc.

The idea came from the team retrospective - as a team we were struggling to identify which aspects of our meetings we were finding valuable and which we weren’t. Instead of going down the road of long theoretical discussions on why each part of each meeting was necessary and should remain, we decided to instead cancel all planned meetings for two weeks and see what we missed.

The rules were simple…

The day after the retrospective it felt weird. At the time our usual stand up was meant to occur I remember feeling like we should be doing something. Everbody laughed when this was brought up in the team room. I wondered how our product manager would react when he got back from leave and found out about the experiment.

Three days into the experiment Dave, who is a developer on the team, sent the following email.

I could relate to Dave’s email. The progress on other peoples work was beginning to blur.

Five days after Dave’s email the first reply came in from Sue, who was a tester in the team…

Gary, our very brave product owner who had been on leave when we came up with the idea but had supported the team added…

Dave responded to Gary’s email with…

There was general chatter on Dave’s email - I’m not going to record the specifics - but in essence the whole team agreed they liked the first principles approach.

By this time I had lost total connection with the rest of the team. I had been working with another dev on the team on a specific user story for the week. I had too stopped caring about what others were doing. It didn’t feel great.

The following is the collated feedback from team members…

What you liked about it

Did you feel it was a worthwhile experience

Any other insights gained from the experience

What we didn’t miss

Where to from here?

To start with we said we would ask for each story being work on whether it should move.

We also had a bit of a debate about the time we should hold stand-ups. Different people wanted it at different times. We eventually decided to hold stand-ups as the last activity before the day ended. We believe this may not be the ideal time but since we have never had stand up that late in the day we decided to give it a go for a few days and then re-evaluate. Embrace the fail fast principle. 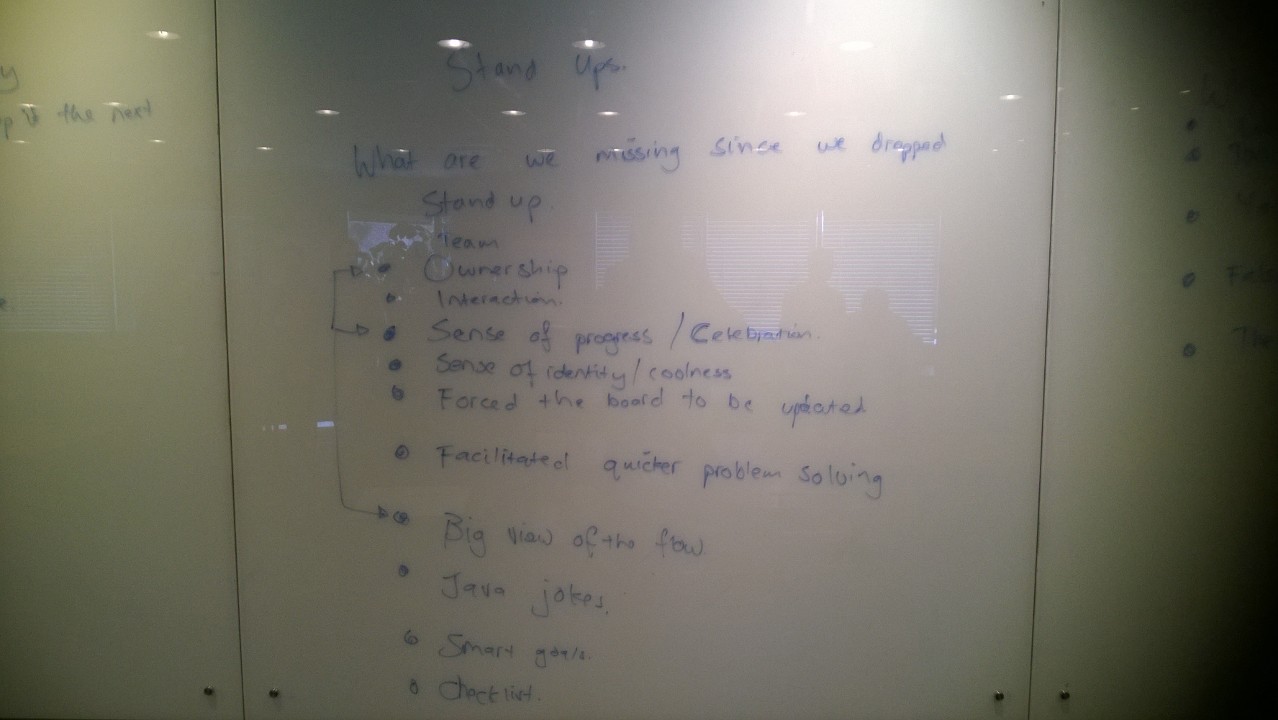 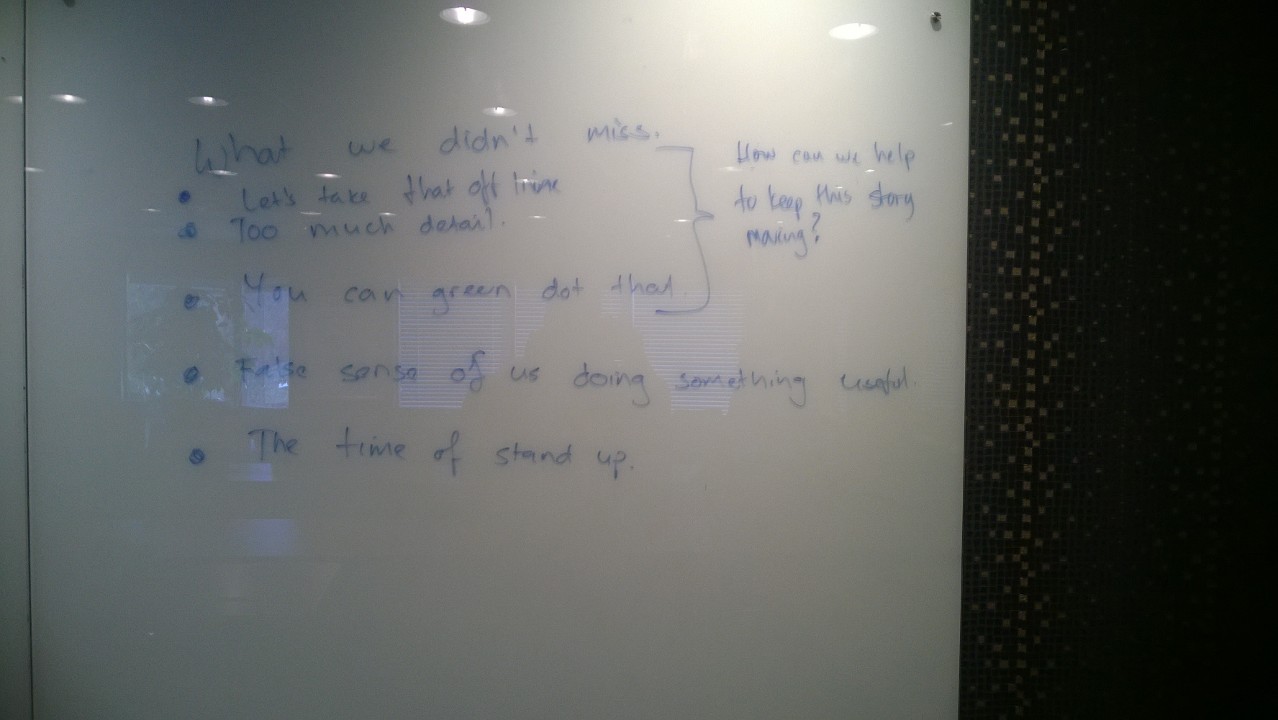